If your boss has ever saddled you with the unenviable task of gathering three quotes to produce an animated video, you’ll probably have lain on your bed in the dead of night, the very epitome of wakefulness, with the following questions chasing each other through your head:

Well, fret not, for sleep will elude you no longer. We’re here to slake your thirst for knowledge!

What is 2D Animation?

For simplicity’s sake, let’s break this rather complex topic down into two broad segments – how it’s made and what it should look like.

How is 2D Animation Produced?
In the old days, 2D animation was a labour-intensive process that required sketching the same character in multiple different poses and linking them all together to simulate the illusion of movement. This used to be done quite painstakingly by the animators of old – each image, or cel, was individually prepared and then stitched together into a film that ran at a speed of 24 frames per second. In other words, a 3s piece of cel animation could require up to 72 separate drawings.

The Calculus of Cel Animation: 3s of video are roughly equal to 48 hours in the office. Source: CraveFX

These days, the advent of technology means that it’s not quite as necessary to animate everything by hand. While the modern animation process still begins with some sketching, characters and background elements can now be drawn directly on a tablet and passed into a computer. You can then proceed to drop a couple of virtual pins onto their digitised joints and fix certain key poses. The software speeds things up by taking care of the frames in transition, or in-between frames in a process called “tweening” (Very witty, we know). This means you don’t have to pose every single frame in between the key poses. Think of the 2D animation process as one which involves arranging and re-arranging a set of paper puppets on a tabletop.

The best part? Mistakes can be quickly undone with the ever-handy undo function (or “step backward”, if you’re the type of person that never gets invited to parties). We’re not saying it’s no longer tedious, but it’s definitely going to give you a better shot at knocking off before your carriage turns back into a pumpkin.

What should it look like?
Now, what do all these images have in common?

If you say that they’re all excellent examples of 2D animation, you would be absolutely right. Also, we accept the compliment.

Self-aggrandizing statements aside, the point we’re trying to make is that 2D animation comes in all sorts of shapes, sizes and styles. But that doesn’t say very much at all. Here’s where I’d like to introduce you to a concept called depth. Most pieces of 2D animation tend to look flat – like comic strips in motion. We often only get to see the characters from one perspective – or angle, and we will rarely, if ever, see a character turn around fully. In other words, they’re pretty flat. But even this isn’t an absolute – some 2D videos do a pretty good job at messing with your head. Please refer to the GIF below.

Confused yet? Well, don’t worry too much about this for now; we’ll discuss this in greater detail later. Now on to the next section – the wicked and wacky world of 3D animation!

What is 3D Animation?

Again, we’re working with the same structure from before – how it’s made and what it should look like.

How is 3D Animation produced?
The modern 3D animation process is one that can be broadly split into three parts – modelling, animating and rendering. Unlike with 2D animation, where characters are sketched out, 3D characters must first be constructed as meshes or wire frames. Think of this as molding a ball or cuboid of Plasticine into your desired shape.

Once you’ve created your 3D model, you’ll need to texture it. Here’s how this process works. Imagine if you were wearing a white jacket and you wanted to colour the jacket blue on the left and red on the right – while we’re at it, let us also assume that your taste in clothes is deplorable.

Texturing therefore refers to colourizing a canvas that will eventually be wrapped around the model in such a way that the appropriate colours are on the appropriate parts. Once you’re done with the skin of the model, you’ll have to create a skeleton to assist with its movement. Remember when we were talking about pins on 2D puppets? With 3D, it’s a lot closer to playing with a Barbie Doll. Or a Ken doll, if you’re masculine that way. 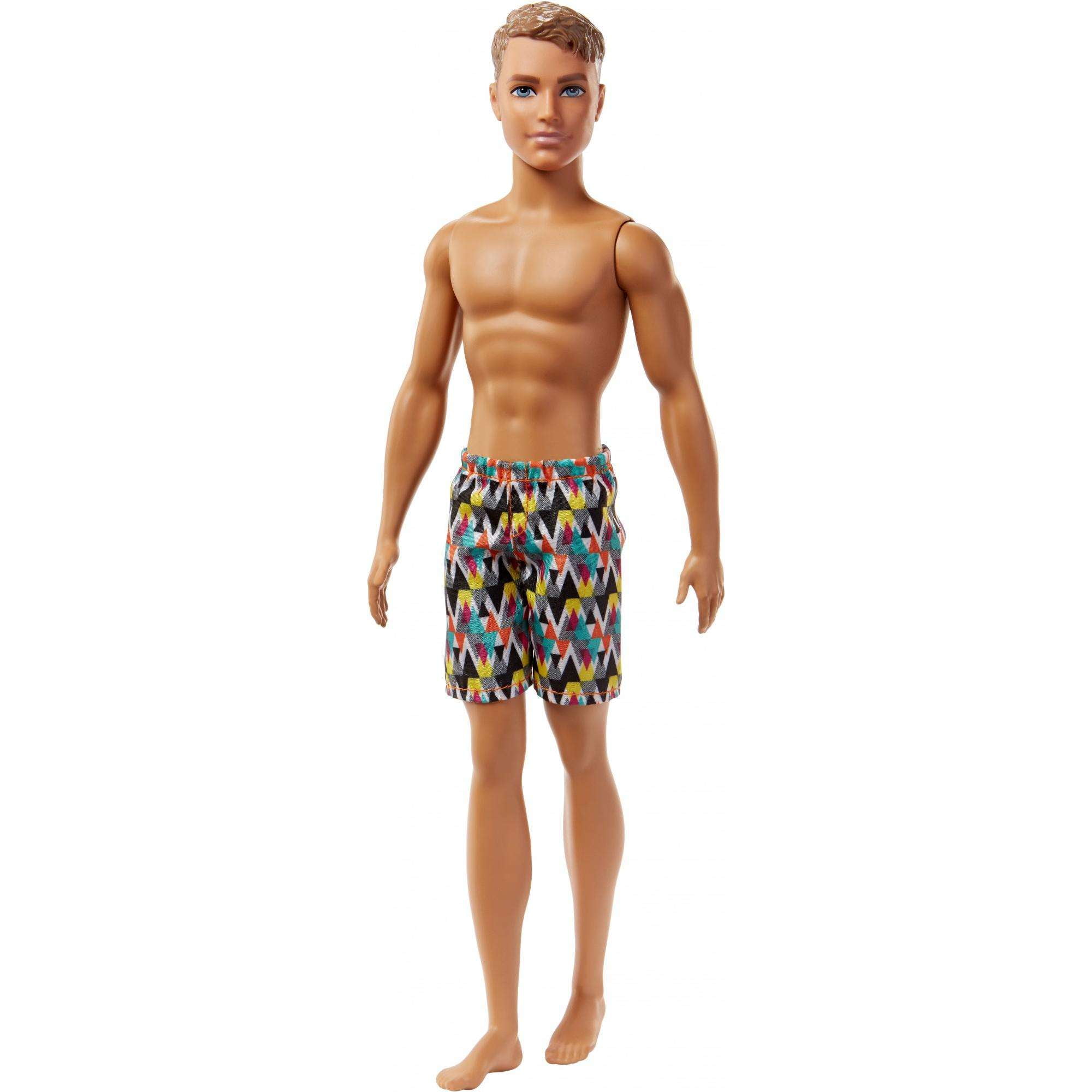 3D figures allow for movement in 3 dimensions (to absolutely no one’s surprise) – which also means there tends to be about a bazillion points of control . Each joint and significant body part has its very own animation controller (to borrow a bit of jargon), allowing for 3D figures to closely approximate the movement of an actual human being if done right.

But unlike in the real world, limitations of life and limb no longer exist. Shots that would otherwise have been too risky to execute no longer pose a problem when you’re going with animation. Want to get a close-up of a guy breakdancing on a ledge 100 metres off the ground? Thy will be done.

Last but not least, we render everything out with great lighting, shadows and realistic reflections and voilà – there you have it – your very own 3D video. As you can see, the 3D workflow can be a little more complex than its 2D counterpart – so to conclusively answer the second question posed at the beginning of this article: 3D videos tend to cost quite a bit more than 2D videos because there are lots of extra things that have to be done.

Can you tell which of the above are examples par excellence of 3D animation? Source: CraveFX

Ha. trick question. It’s actually a little hard to tell if something’s in full 3D just by looking at a couple of screenshots. There’s a chance that it could be a flat 2D object with realistic textures.

But with that being said, I can assure you that all of the stills above came from 3D videos. 3D animation comes in different flavours, some of which are more realistic than others. Again, going back to the same concept of depth, 3D animation tends to have a more defined sense of perspective, with a clearer distinction between foreground and background elements. As a friend of mine puts it eloquently, “3D animation just looks a little more complete”. Not the most descriptive, but as far as a rule of thumb goes, it’s actually pretty handy.

Now that we’ve gone through all the hassle of drawing a distinction between 2D and 3D animation, it’s time to undo all of that hard work. Not every video falls neatly into a 2D or 3D box. Art thrives on crossing boundaries and pushing limits, and animation is no exception. Most Lots of artists have been mixing things up to keep things interesting. For a more visual example, refer to this piece we did for Resorts World Genting back in 2017. So if you’re having trouble putting a positive ID on an unidentified video, don’t beat yourself up too much – chances are, it might be a mix of a couple of styles.

And that’s not all 2D and 3D animation have in common – certain principles, such as attention to composition, colour & layout are held close to the hearts of animators/designers of both breeds. Ditto the 12 principles of animation; an animated character or element, be they in 2D or 3D have to obey certain rules in order to be considered “Good Animation”.

And as for what constitutes “Good Animation” – consider the following scenarios. Let’s say you’re trying to help your clients visualise the inside of a condominium that has yet to be built. Realistic 3D animation that closely approximates the layout of the room might be a better option than a whiteboard style video. On the other hand, if you’re trying to tell your brand story and you’ve got an adorable illustration that’s been appearing on all of your collateral, it might be easier to run with it and go with 2D animation in the same illustrated style. Point is, any animation that gets the message across is a piece of good animation.

Where does this leave us?

In conclusion, while there are very real distinctions between 2D animation & 3D animation, the discussion can sometimes get a little academic. It’s really about deciding which style can best convey your story and engage your audience – while bearing in mind that it is possible to get the best of both worlds by blending  both styles – with an eye to the constraints of your budget, of course.

So sally forth once more into the fray, dear reader – and prepare to astound all and sundry* with your hard-won knowledge!

*Actually, mostly people in the industry, but please don’t let that detract from your satisfaction.

Marvel’s What if…? | Giving Life to the Multiverse With Animation

What Even is Animation? There Are Many Different Types!