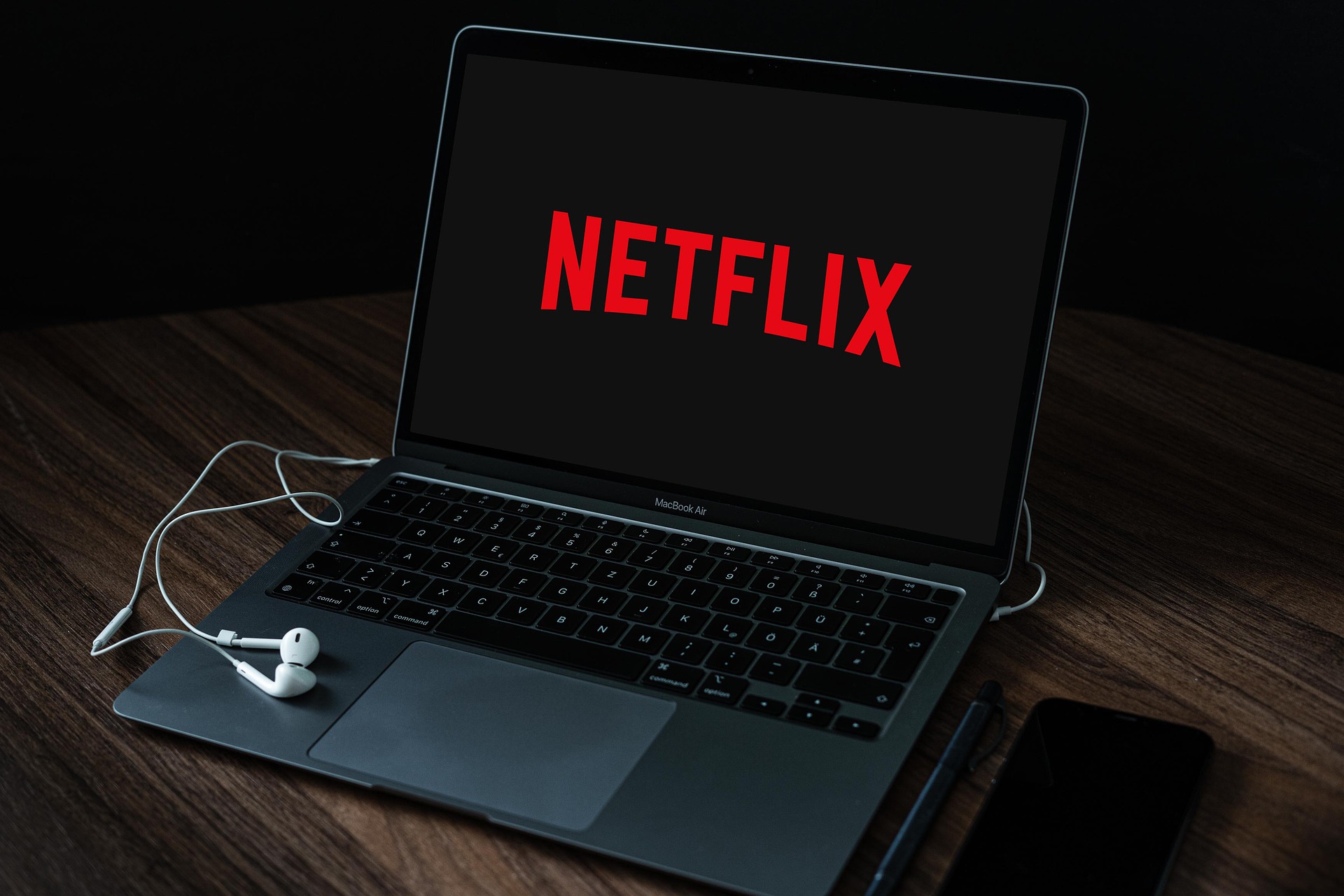 Animation is all too often dismissed as nothing more than a children’s medium. While this reputation shouldn’t necessarily be a bad one, it comes with a negative connotation for most: animation can’t possibly achieve the same complexity and maturity that live-action does. Despite this claim being shockingly common among the general public, it couldn’t be farther from the truth. In fact, the limitless possibilities animation presents often translates to impeccable storytelling through unique artistic expression and movement beyond some live-action pieces especially if the animation studio in charge is highly experienced. Skeptical? We’ve curated a list of the top 10 animated movies on Netflix right now for you to judge for yourself, from family favourites to more hard-hitting adult gems.

Many children’s movies feature loving and supportive parents, but what about one where they’re anything but? The Willoughbys, based on a book by Lois Lowry, goes down an unconventional path as it follows four quirky siblings who utterly despise their parents. The hatred is justified—their parents show no concern for their children and in fact snap up the first opportunity to abandon them through an “adults only” adventure (a scheme whipped up by the four kids). The four young Willoughbys, with a nanny in tow, explore the true meaning of family in this cheeky, off-beat picture, best complemented with director Kris Pearn’s acute design style. 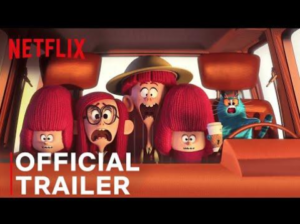 Despite being two decades old, Hayao Miyazaki’s Spirited Away, among his other films, remains at the top of any film buff’s list for good reason. Animation is hard, and it can be all too easy to simplify visual elements under the guise of a cartoon. Miyazaki does no such thing. His films, beyond telling a compelling story, make for visual works of art with layers of complexity that often take multiple rewatches to entirely appreciate. It seems almost ridiculous that a film rich with myths like dragons and witches can evoke such strong nostalgia from viewers, but this film does just that. 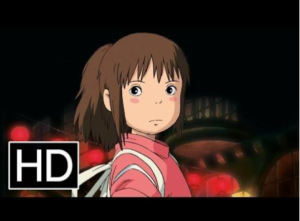 Most fairy tales tell high tales of ancient lore and mythical creatures—things that the cold, hard reality of the modern world doesn’t have time for. Fei Fei finds herself being one of the only few believers in a mythical goddess residing on the moon, and sets out to meet her as she grieves the loss of her mother. In the directorial debut of Glen Keane, who animated iconic classics like The Little Mermaid and Tarzan, Over The Moon is a bittersweet musical that’s sure to tug at your heartstrings.

Not all animated movies have to be entirely animated, and Pokemon Detective Pikachu is one of them. Clearly following in the footsteps of the classic Who Framed Roger Rabbit?, this movie clearly showcases just how far animation has come through mixing both live-action and computer-generated imagery together. Despite the Pokemon being entirely animated (and as such, non-existent in real life,) the interaction between both live-action characters and the former are seamlessly believable. The highlight of this family-friendly picture is definitely Ryan Reynolds voicing Pikachu though—the absurd Deadpool-esque quality he brings to Pikachu can entertain any viewer, from kids to adults! 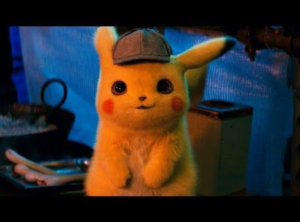 Who doesn’t like Kung Fu Panda? The highly-acclaimed movie has won the hearts of many since its release, from its humour to genuinely impressive action-sequences. With a star-studded cast including the likes of Jack Black, Angelina Jolie, Lucy Liu, and even Jackie Chan, Kung Fu Panda is up there among other live-action movies concerning action and martial arts. Up for a binge? You’re in luck, since Netflix has the entire trilogy (including one-off holiday specials) available on the platform right now! 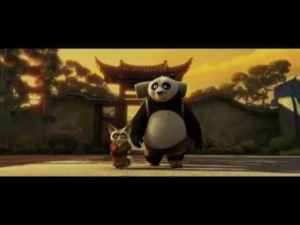 From its original run in 1991, new release Pretty Guardian Sailor Moon Eternal The Movie (a mouthful, we know!) is another symbol of anime’s growing popularity worldwide. Devoted fans will appreciate the charm of the series’ original design combined with Toei Animation’s newer technology, with this double-feature a far cry from the far more choppy art style from days past. Even if you’re not a long time fan of the franchise, its themes of friendship, love, and female empowerment make for a great feel-good adventure when you’re in need of an uplifting boost!

I Lost My Body

Jérémy Clapin’s animated French drama, I Lost My Body, is a quiet masterpiece. In the film, viewers follow a dismembered hand on the search for the body it belongs to. Dubbed “graphic poetry” by critics, its mature exploration of love and loss is cold, hard, proof that animation shouldn’t be taken lightly as a children’s medium, but rather one that enables vivid, imaginative storytelling. We’ll let this Oscar-winning feature speak for itself.

Klaus
Over the years, we’ve seen theaters filled up countless times to watch the origin stories of countless heroes and villains, from the likes of Thor to the more recent Joker—but have you ever wondered about Santa Claus’? Set centuries ago, Klaus unravels the tale of how this legend came to be, and it’s not what you’d expect, down to it all starting from a snarky postman. This tale is a joy to watch as viewers discover the delightfully peculiar ways each iconic element of Santa Claus came to be (from the flying reindeers to the ho-ho-hos) all through the eyes of an unlikely duo. What really sets this movie apart from the rest though, is the state-of-the-art animation style director Sergio Pablos pioneered here, which melds elements of hand drawn techniques with computer graphics.

Do you ever reminisce about the good old days of foolish youth? Words Bubble Up Like Soda Pop is just the movie for you. Set in a world of bright pop-art colours and vivid cartoonish expression, this sweet summer movie follows two adorably awkward teenagers fall in love. It appears that the big hit Your Name set a precedent, with the movie set to pop music throughout its duration. It definitely adds to the lighthearted, airy, feel-good mood! 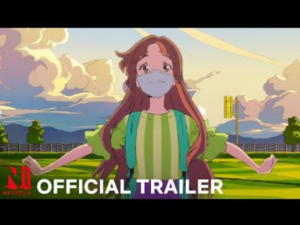 The Mitchells vs The Machines

From the studio that brought us funky pictures like Surf’s Up and Spider-Man: Into The Spider-Verse, could we expect any less with The Mitchells vs The Machines? Initially setting out on one last harmless family-bonding road trip before daughter Katie departs for college, the Mitchells find themselves battling a robo-apocolypse as humans’ last hope. The movie definitely screams the 2020s with the incorporation of internet memes and social media, though it does bring into question whether it’ll feel dated down the road. Regardless, it’s a great family friendly movie to watch right now. 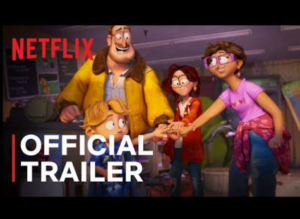 Conclusion
Animated movies are truly gems, and are sure to spark inspiration for all. Old or young, you should definitely watch at least one of the animated movies mentioned in this list! 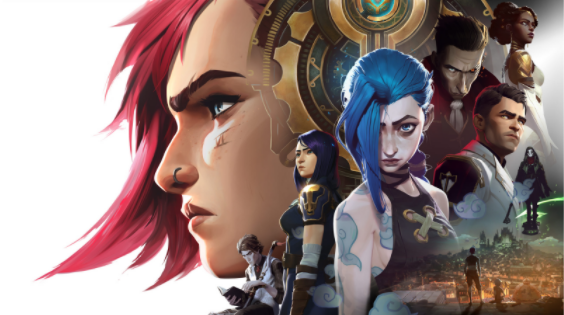 Marvel’s What if…? | Giving Life to the Multiverse With Animation