“Animation Is Only For Kids”: Busting Myths with CraveFX

Tom and Jerry, The Flintstones, Scooby-Doo, and even The Powerpuff Girls; we’re sure these cartoons have all left an impression.

In fact, we’ve lost count of all the days we rushed home after school just to watch the next episode of our favourite cartoons, eons before catch-up tv or youtube were invented.

But cartoons have changed – or at least, the way we consume media has. Cartoons dealing with slightly more serious issues like Adventure Timeor We Bare Bears! have become increasingly mainstream. It’s beginning to feel increasingly ok for a 30-something year old to tell his colleagues that he spent his weekend binge-watching cartoons on Netflix*. This is of course, an entirely hypothetical situation.

Anyway, our point is, if you still think cartoons are only for children, it’s time to seriously reconsider your stance. Read on to find out more about the wicked and wacky world of mainstream animation!

The rise of adult animated series

But beyond these rather trivial examples of how animation can be designed for an adult audience, some cartoons deal with pretty heavy stuff.

Case in point – Winnie the Pooh.

When Christopher Robinwent on the big screen, this rather popular theory resurfaced in the interwebs:

Even though Winnie the Pooh (1988-1991)is a cartoon show for the little ones; it’s really not as mindless as it pretends to be.

There’s a reason for Piglet’s jumpy behaviour and Pooh’s obsession with honey – and they might break the hearts of many adults who once loved the cartoon as kids.

However, no one actually confirmed the theory – and that’s when the Canadian Medical Association stepped up to conduct a study. Here are the results:

Fiction is always based in truth.

We could give you more examples; The Simpsonscame on the scene in 1989 and quite frankly, it’s got something for everyone. It has since gone on to become one of the most well-loved animation series in the world.

Many have jumped on the bandwagon since. South Park is a classic known for its controversial parodies and acerbic wit. It’s been running since 1997 and it’s still going strong.  Even Netflix has been no stranger to cartoons, with such hits as Rick and Morty, Big Mouth, and F is for Familyamong their repertoire of available programmes.

We could go on, but I think we’ve proved our point.

People often enjoy reminiscing – it’s just a great way to escape from their hectic and busy lifestyle. Or sometimes, it’s all about ‘catching the feels’ once again as the film replays on the screen. 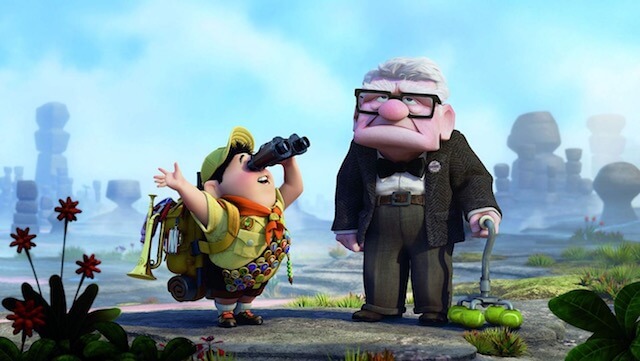 Source: Edward Asner and Jordan Nagai in Up (2009)

A tearjerker like Upprobably tugged real hard on the heartstrings – the thought of losing someone often does. But these bleak scenarios often hold some hope for redemption.

From messages about soldiering through dark times by sheer dint of will and forging new relationships, cartoons take us back to a simpler time where every situation, had its own solution revolving around a single, applicable principle.

But then again, these messages probably flew over our heads at that point and perhaps it was really about the simple pleasure of watching your favourite characters on-screen and grinning from ear to ear as they went about their adventures.

So, even if it may be impossible to shrink in size and throw away all your worries and responsibilities – you can still escape from reality with an animated film or two every now and then.

There are many different ways to spend time – but we all know that few things can beat ‘Movie Night’!

For parents, it’s the perfect time to bond with your little one(s) and get to know them. And for the young ones – well, it really take much more than a movie to make their day.

And the nice thing about a well-crafted cartoon is that it’s often got multiple layers of meaning. Let’s take a look at Zootopia.

For the simple viewer, Zootopia can be appreciated as a fantastic tale where we gain access to the inner world of anthropomorphic animals that get along in a city. But for the more sophisticated viewer, there are of course, additional themes to appreciate.

According to Business Insider, Rich Moore, one of the directors for Zootopia, mentioned that fairy tales were not only made for adding colours to children’s minds and lives – but as preparation for the world ahead of them!

And that’s what makes Zootopia such a deep piece. In addition to its entertainment value, it also grapples with several serious issues, including race and determinism.

While it may be tough for the kids to fully navigate and engage with all of themes raised, if you walk away with the feeling that anyone can be anything, then you’re probably on the right track.

Or at least, that what Ginnifer Goodwin, the actress who voiced Judy Hopps would like you to take away.

Moore and the rest of the team also wanted to talk about injustice, discrimination, and racism. They believed that humans should be able to work hand in hand – just like how they demonstrated social harmony at the watering hole scene; where both predators and prey alike were drinking water. There’s a clear understanding of how at that moment – they’re all the same because of the same need – water.

Comedic value aside, I think it’s safe to say a child and an adult could come away from the movie with very different feelings about it.

In Toy Story 4, Bonnie had wasn’t the best at making new friends – she had trouble communicating with the rest of the peers and was often left out in preschool. However, Woody swooped in to save the day – and with the power of arts and crafts – Forky was born.

While Bonnie’s irrational attachment to Forky might have been amusing, it still doesn’t change the fact that she had social issues – and this was something that had to be addressed.

Inside Out was a masterpiece that racked up to $857.6 million in box office sales.

It understood the struggles that children undergo when dealing with their emotions – which is where they stepped in, setting the story within the mind of a young girl struggling with life.

The movie examined five different feelings – joy, fear, sadness, anger, and disgust. In the end, the final message (aside from accepting one’s all-over-the-place emotions) is that sadness is completely normal. And that’s a message that everyone can stand to learn from.

A form of art? Definitely

As we’ve mentioned in A Different Dimension: 2D Animation Vs 3D Animation and “Live-Action”: Origins – animation is essentially moving pictures. Before computer animation emerged – the old-fashioned way of going about animation was to draw them by hand.

The amount of time and effort it took was crazy – but the end results were often breathtaking.

The Lion King (1994), Beauty and the Beast (1991), Alice in Wonderland (1951), Aladdin (1992), and so many other masterpieces are just some examples of what illustrators past were able to achieve with hand-drawn frames.

Glen Keane, the talented animator behind Aladdin (1992)(among others) mentioned that there are about 24 drawings in every second.

In other words, one scene took him around an entire month to complete. But that’s only the asset creation bit. How does the animation bit work?

Voila, a work of art.

But we’re not done just yet – we’re going to string everything together now and show you what a finalised version looks like from start to end.

And there you have it!

2D Animation, in a nutshell. 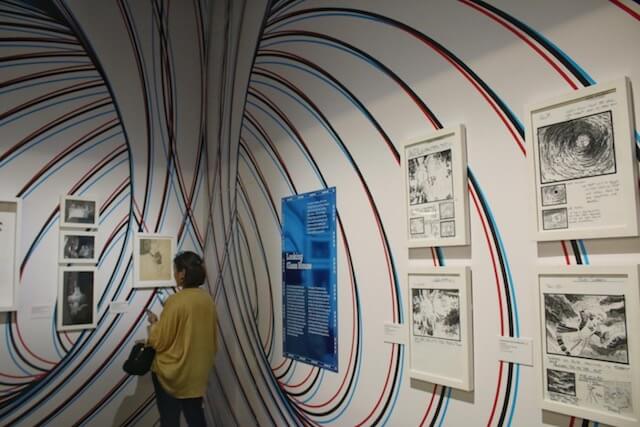 You may not really see animation in museums – it doesn’t quite have the same culture cachet as a Monet, for instance (with the exception of the recent Alice in Wonderland exhibition at the ArtScience Museum, of course) – they are still a form of art appreciated by many all over the world!

The ever-growing need for animation

Animation has got lots of applications.

An obvious example would be in the video game industry, where animators are needed to help develop stunning graphics and render concepts for their games.

A less obvious example would be the engineering, medical and even construction industries. For instance, an architect can present the layout of a room that has yet to be built through their computer screen – doing away with the hassle of actual construction before securing a contract.

And of course, advertising and animation go hand-in-hand. From motion graphics to projection mapping – an animation studio can assist in pushing about content for any event or advertisement.

Just give them a heads up of your angle, objective and work alongside them and they’ll help come up with a spectacular video!

At the end of the day, animation isn’t just for the children. Adults too, adore animation and constantly flock to the theatres just to be entertained!

Animation has touched the hearts of many and is versatile enough to be adapted for different mediums. Whether your next move is to watch an animated film or apply it to your business – we’re sure you’ll enjoy your animation experience.